This weeks story comes from Ken Gee, Sadly he passed away 18th July 2019. He will always be remembered fondly by those of us here at Harpenden Mencap.

This is part of the speech given by Ken Gee at the 2018 AGM, describing the activities of early members who worked together to bring about the building of Stairways. Ken and his late wife Rosemary were one of the founding members involved. Ken continued to be hugely active within Harpenden Mencap until he passed away. 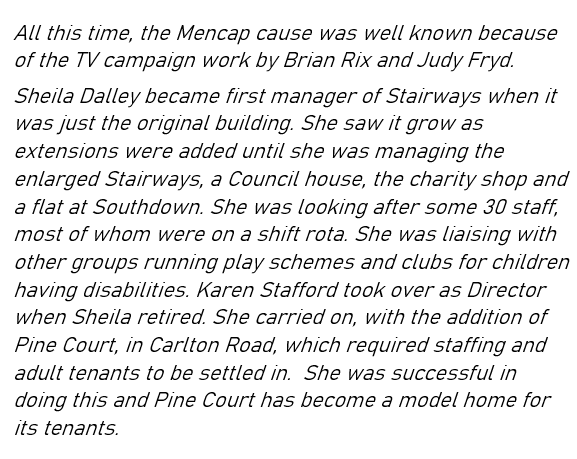 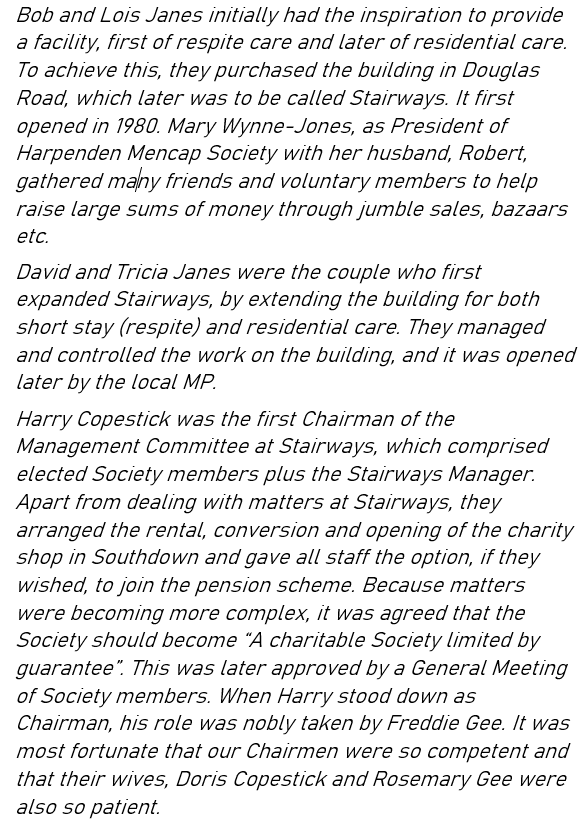 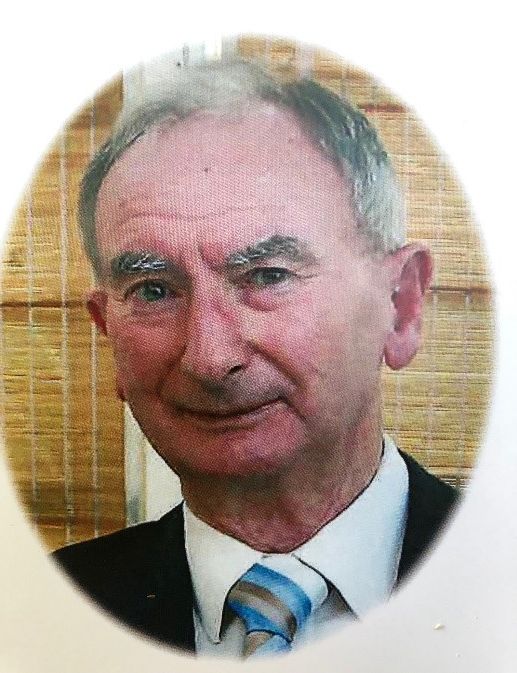